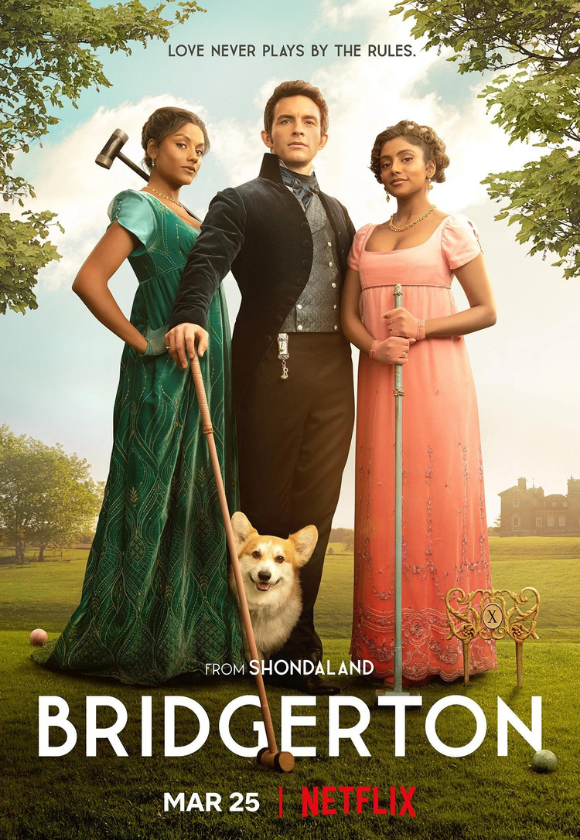 Set in Regency-era England during the debutante season, the series follows the Bridgerton family and their peers as they navigate the highs and lows of the turbulent match-making process. The cast is diverse in terms of race and ethnicity, with people of colour represented from royalty to servants.

The series was self-rated by Netflix. You can find out more about self-rating by streaming providers here.