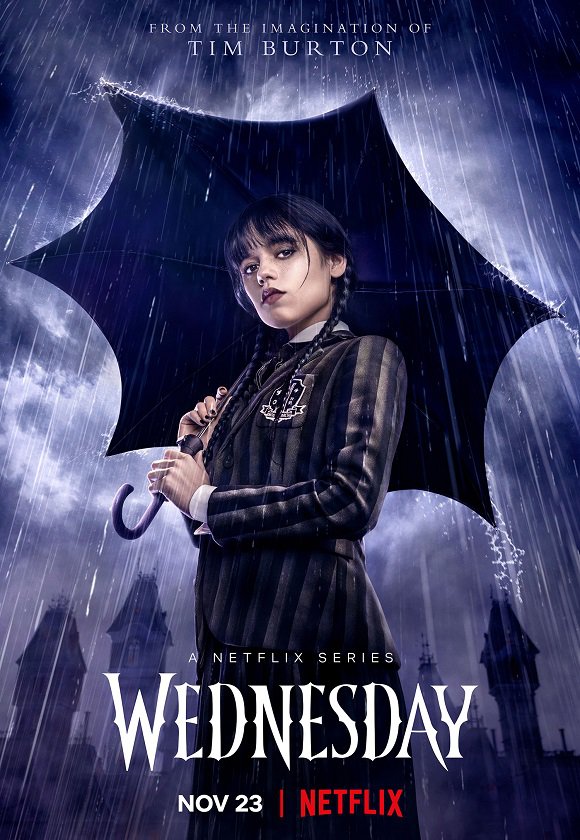 A member of the notorious Addams family, Wednesday can’t seem to stick to one school. After getting expelled for setting piranhas onto a group of bullies she finds herself in a small town at Nevermore Academy – a school for the outcasts, the weird and the supernatural.

Wednesday soon realises this school isn’t what she thought it would be and becomes interested in the series of murders happening around the town.

This series was self-rated by Netflix. You can find out more about self-rating by streaming providers here.

The series is a dark and deadpan comedy. It is full of supernatural creatures such as werewolves, vampires and sirens. Wednesday herself is psychic and is accompanied by Thing, a disembodied hand who is a family friend. After a car crash, a man is shown with a visibly broken neck.

The creepy imagery could be quite scary for younger tamariki and the deadpan humour would likely go over their heads.

A boy screams as his blood surrounds him in a pool due to being attacked by piranhas. A man is attacked off-screen in the woods by a mysterious monster. His backpack is later found covered in blood. Violence associated with bullying also occurs, including when a pet scorpion is run over by multiple bikes.

There is some offensive language in this episode but it is not strong. Thing pulls the finger to someone which is meant to be funny but could be offensive to some.

The cruelty of the bullies in this episode might be upsetting for tamariki who have experienced bullying or who are sensitive to mean words.