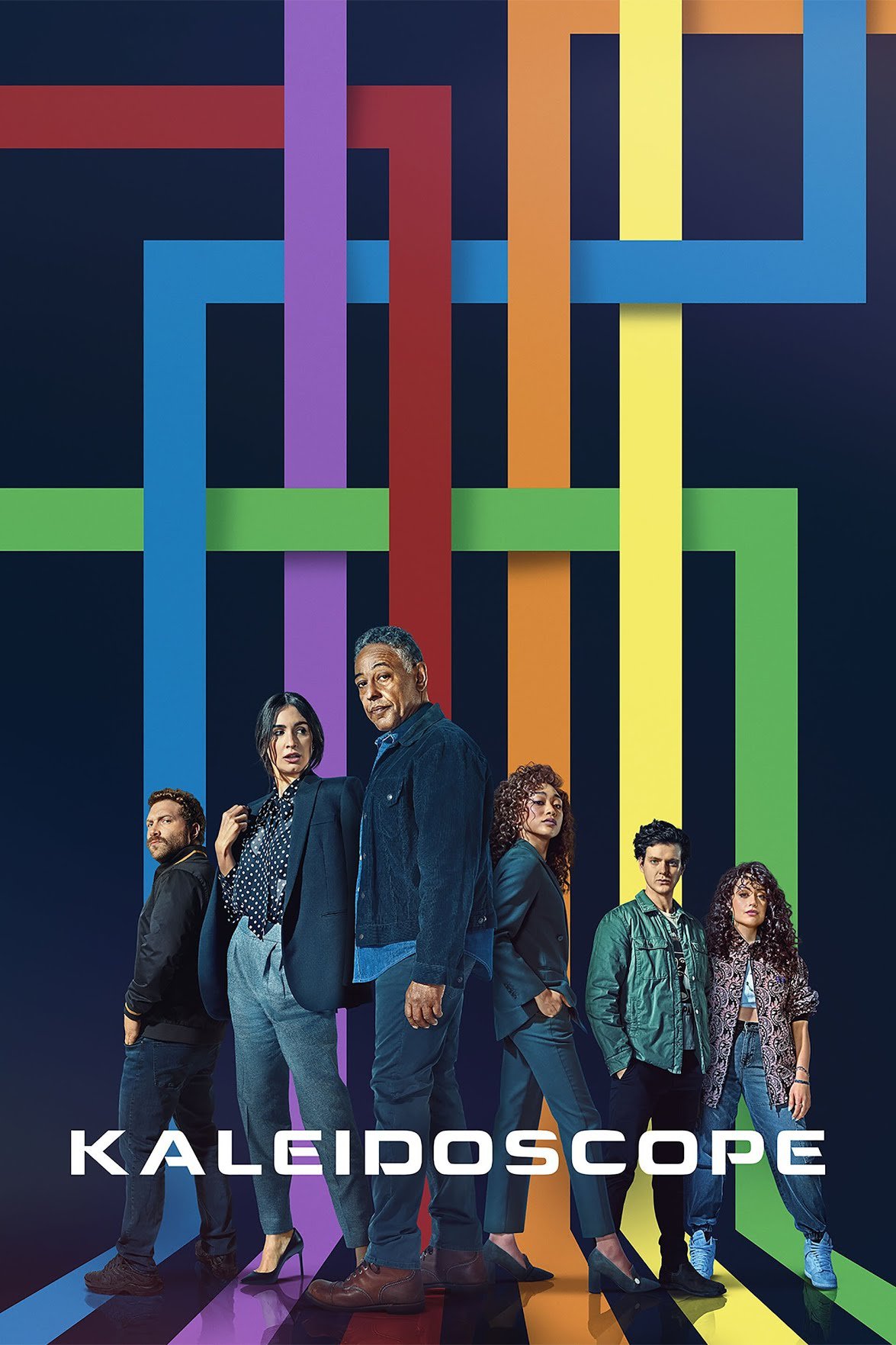 Leo Pap has spent years planning a high-risk heist. The eight episodes view the heist from various time points before, during, and after the gang attempt to steal $7 billion. How you put the episode pieces together is intended to alter your perceptions of the gang members and their behaviour. We watched the ‘Yellow’ episode for this Quick Take.

Kaleidoscope was self-rated by Netflix. You can find out more about self-rating by streaming providers here.

Yellow introduces us to the gang members as they are recruited by Leo Pap. In this episode the violence is limited to a few gun shots fired during a smash and grab raid. The most graphic scene is the close-up of the safe cracker’s gunshot wound to his hand. There is a lot of blood and a rather gory close-up. Online articles indicate that this episode is likely to include the least violence.

Offensive language and some coarse language is used almost constantly throughout Yellow. From casual use to aggressive emphasis, this almost constant barrage of the F word has the potential to normalise the language for children and young teens.