Make sure you read the label – keeping tamariki safe this summer

When a “long, hot summer” turns into a muggy, wet summer, you’ll likely need a plan B, and that’s where we at Te Mana Whaakatu, Classification Office can help!

It’s only been a few months since I took up the role as Deputy Chief Censor, but even that short time has made me think quite differently about those games and films this summer.

Here at Te Mana Whakaatu, Classification Office, we work with the Film and Video Labelling Body to ensure consumers get the right information about who should view or play a movie, a series, or a game (the law calls these all “publications”). Since I started working on this I found some of those labels a bit tricky, and when I reflect on choices, I’ve made as a parent, I’m not sure I got it all quite right!

Here’s where I think it gets a bit curly.

M (mature) is an unrestricted classification; there is no reason in the law against anyone going and seeing an M film. M movies aren’t suitable for everyone, however, generally speaking they will be okay for audiences 16 years and older. Before packing your kids off to an M movie, or starting to stream one, look at how the content warning explains that classification.

Some new releases are a good illustration. I know my 13-year-old daughter and her friends are off to see the new Spider-Man movie Spider-Man No Way Home. It’s rated “M – violence,” and that’s what I’d expect from a Marvel movie. She’s a bit of a Marvel fan, and I think she’ll be fine with it, I’m happy with her going.

If the same daughter said to me that she wants to go and see the new Wes Anderson film The French Dispatch and I looked at the rating, I might have a different view. It’s rated “M - offensive language, nudity, drug use & sexual references”.  Another new release, Rose Plays Julie is also rated M, but the rating notes “violence, rape themes & content that may disturb”.

My key message: not all Ms are the same!

The other tricky area is in relation to the R13 rating. You might think that if M ratings are suitable for 16 years or older, R13s are the place to look for holiday entertainment for younger teenagers. Not so!

When a film gets an R13 rating, it means that we at the Classification Office have determined that the film is harmful if shown to tamariki under the age of 13. We’ve used a power in the law to restrict access to that film. Parents can’t read R13 as being a recommendation of age suitability.

R13 exist for a reason and parents really should have a good look at the notes on the label to decide how comfortable they are with that content.

A recent example of an R13 is Lady Gaga’s latest film, House of Gucci. The film is a solid 2 hours 37 minutes long (a running time one reviewer said was long enough that you might “go grey in the course of it”), but that’s not the reason its R13, the rating note explains “violence, offensive language & sex scenes”.

My key message: R13 does not stand for recommended for 13-year-olds.

Also don’t forget that you can find ratings on games and also now on streaming platforms.

My last summer hint for you is that if you are a sucker for a Christmas film, you’ve just finished Love Actually for the 1,000th time and are looking for the next hit of Keira Knightly for Christmas…. you’ll want to be cautious of her latest film Silent Night! Don’t be fooled by some of the typical Christmas film imagery. This is not a film for watching while the children hang up the stockings – we classified it “R16 - Violence, suicide, offensive language & content that may disturb”. 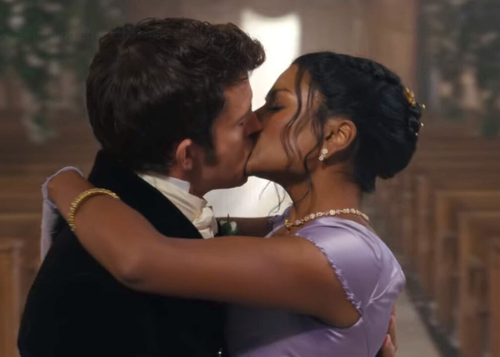