13 Reasons Why: our reasons for the RP18 classification

Netflix’s 13 Reasons Why, released March 31, is popular with New Zealand teens. It is based on the 2007 book by the same title, written by Jay Asher, and consists of thirteen episodes, each of which corresponds with the tapes left as a suicide note by the show’s teenage narrator, Hannah Baker.

Spoiler alert: this blog post includes some discussion about the plot of the show

Hannah’s suicide has already occurred when the show’s present timeline begins. The thirteen tapes are being passed like a chain letter through the thirteen people they address. Each addressee – Hannah’s high school peers – receives the tapes in turn, listens to all of them, and then passes them on to the next person on the list.

This premise establishes the idea that all of the people addressed by Hannah share a mutual guilt because they have been singled out by Hannah as contributing to her death. It also establishes the idea that those on the tapes are fully aware of the content of other people’s tapes, and consequently the behaviour that made them worthy of inclusion. The thirteen tapes also establish the show’s narrative structure, and the flashbacks on which many of the episodes are based.

Unsurprisingly, the show’s themes have made it the subject of a lot of media scrutiny. New Zealand has one of the highest youth suicide rates in the OECD, and mental health advocates are extremely concerned about the effect 13 Reasons Why could have on the teenagers around the country who are binge watching it at just this moment. The Classification Office takes these concerns seriously, so we have called the show in to be classified. We can no longer classify Netflix shows prior to release.

Over the past weeks we have consulted with several groups, including the Sexual Abuse Prevention Network, the Mental Health Foundation New Zealand, and young people themselves who have viewed the show. Classification Officers have watched the show in full.

Here is where we landed.

13 Reasons Why has significant merit – it addresses issues that are highly relevant to young people, including suicide, sexual violence, bullying, and slut-shaming. Some of these elements have received praise from groups such as the Sexual Abuse Prevention Network, who have said that the show deals with issues like sexual consent really well. The teenagers on the show identify two instances of rape described on the tapes. It does not matter that Jessica was passed out drunk at a party, what happened to her was rape. It does not matter that Hannah never actually said the word ‘no’, she clearly did not consent and what happened to her was rape. The teenagers in 13 Reasons Why know that both Jessica and Hannah were raped – and in this sense, the series could be helpful in clarifying concepts such as consent and sexual violence for the young people who watch it.

The Mental Health Foundation New Zealand has also said that 13 Reasons Why presents a good opportunity to raise awareness around youth mental health issues, and can be used as a jumping off point for important conversations. These conversations need to be informed and safe though, which means that parents, guardians, and other adults need to have open conversations with their young people about the issues raised by the show. 13 Reasons Why brings up a lot of problems, but it doesn’t really provide many solutions. Young people need guidance and support from the adults in their life in order to help keep them safe.

Some young people who have published articles, and those spoken to by the Classification Office, have strongly expressed the view that 13 Reasons Why accurately represents the issues facing youth today. Those who have spoken out in support of the show include those who have struggled with depression, mental health issues in general, and have survived suicide attempts. These opinions do not represent everyone who has had these experiences, but they are significant and deserve to be listened to and treated respectfully.

However, there are several other big points that need to be addressed, and this is where the controversy comes in. For example, although the Sexual Abuse Prevention Network considers the overall message of 13 Reasons Why surrounding sexual violence to be good, they are also concerned that the series does not offer any positive examples of appropriate responses to rape disclosures.

One of the main things that the Sexual Abuse Prevention Network wants people to know is that if someone tells you that they have experienced sexual violence, you should take them seriously. You should also ask them what they want to do about it, and in most cases you should respect that decision.

The most immediate concern for the Classification Office is how teen suicide is discussed and shown in 13 Reasons Why. Hannah’s suicide is presented fatalistically. Her death is represented at times as not only a logical, but an unavoidable outcome of the events that follow. Suicide should not be presented to anyone as being the result of clear headed thinking. Suicide is preventable, and most people who experience suicidal thoughts are not thinking rationally and therefore cannot make logical decisions.

Which gets us to the next big issue. The show ignores the relationship between suicide and the mental illness that often accompanies it. People often commit suicide because they are unwell, not simply because people have been cruel to them. It is also extremely damaging to present rape as a ‘good enough’ reason for someone to commit suicide. This sends the wrong message to survivors of sexual violence about their futures and their worth.

13 Reasons Why does not follow international guidelines for responsible representations of suicide. The scene depicting Hannah’s suicide is graphic, and explicit about the method of suicide she uses, to the point where it could be considered instructional. As The Mental Health Foundation New Zealand notes of the scene in which Hannah dies, "It was detailed and lengthy, and is likely to have caused distress and an increased risk of suicide in people who are vulnerable. Research has demonstrated an increased use of particular methods of suicide when they are portrayed in popular media."

Suicide contagion is a real phenomenon, which according to Ministry of Health studies accounts for around 5% of youth suicides. This is reflected directly in the series itself, as Alex’s attempted suicide is shown as a response to the guilt he feels over Hannah’s death. New Zealand consistently registers one of the highest youth suicide rates in the OECD and it is vital that this issue is taken seriously at all levels.

Although Netflix has placed content warnings before some of its episodes, further steps are required. As a consequence of this classification Netflix will now be required to display a clear warning in respect to the series, as well as in respect to each episode. Best practice suggests that content warnings should be placed at the beginning and end of every episode, and the young people we interviewed have stated a preference for them to be verbal as well as written. These warnings should include help-seeking information pertaining to local services such as helplines, websites, support numbers, crisis services and so forth. The immediacy of this information being provided without any effort on behalf of the viewers allows for a higher chance of intervention for the most vulnerable viewers of 13 Reasons Why.

Complex as these issues are, this series is clearly popular and has already found a large and enthusiastic audience in New Zealand. In addition to the inclusion of the content notices discussed above, parents, caregivers, and trusted adults need to take a supervisory role with regards to young people and this show. This includes asking the young people in their lives whether they are aware of or have seen this series, watching it with their teens, and having open and honest conversations with young people about any issues that may come up surrounding the themes that it presents.

All of the young people in 13 Reasons Why feel unable to enter into an open dialogue with the adults in their lives, or feel (often rightly) that the adults in their lives do not respond in appropriate or helpful ways when they do try to engage with them: this has palpably negative outcomes for all of them. This is a nuanced show that asks a lot of questions, and raises a lot of issues, but often fails to either answer or fully address them. Therefore discussion needs to occur outside the series itself, and guidance needs to be offered to young people viewing this series by a trusted and appropriate adult.

It is for these reasons that the Classification Office has placed a restriction on this series, limiting it to those eighteen years or older unless supervised by an adult viewer. We have considered whether an RP16 or R16 could be an appropriate classification, but these classifications would not address the harm caused to sixteen and seventeen year olds (who are at statistically greater risk of suicide).

This classification allows the intended audience of young people to continue to access the series, while providing the necessary intervention of adult supervision in order to keep them safe and sufficiently navigate the relevant but troubling issues that we acknowledge as a part of their lived reality.

Where can I get help? 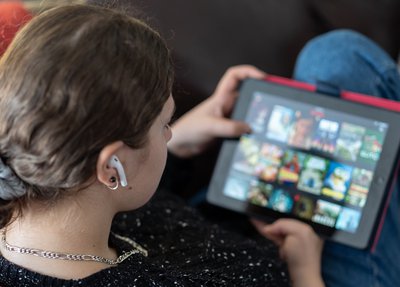 Why parental controls are your video on-demand life hack 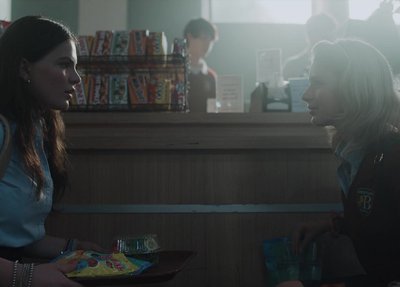 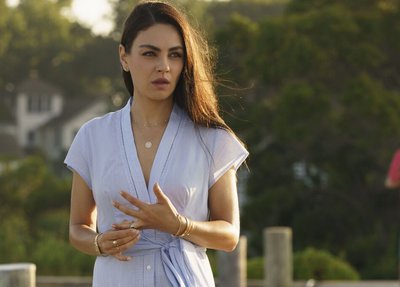 When trauma is involved, there are no spoilers