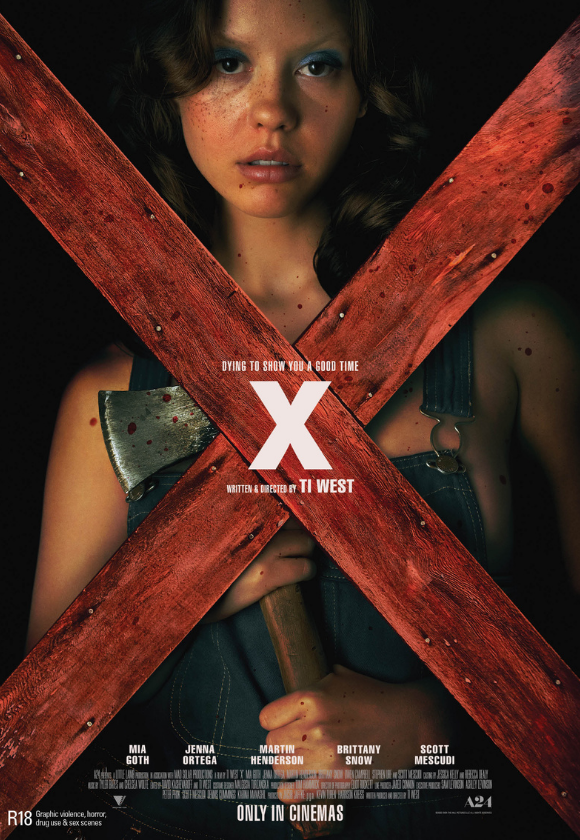 Six Texans hire a farmstead to shoot a hard-core adult film. The elderly farmer and his wife don’t like the look of their new tenants. Tension turns into slasher film in this homage to ‘70s horrors.

The mixture of graphic violence, horror and sexual material indicate the film is intended for an adult audience. Although the sex scenes are not as explicit as ‘real’ pornography, they resemble them in all other respects.

Vulnerable characters suffer serious physical harm and cruelty during the film, and several scenes contain lingering close ups of gore. Many of the victims are killed in a variety of disturbing ways, and the violence shown is graphic.

The film references classic horror films and therefore contains some conventional slasher film language such as jump scares. The murders are bloody and are committed by characters with repulsive appearances. There are a few scenes where horror and sex are combined, which can be particularly shocking and evoke the idea of sexual violence.

One of the characters has a cocaine habit and drug use is shown on multiple occasions without obviously negative consequences. This can normalise and trivialise the idea of drug misuse for younger viewers.

The characters in X are filming a pornographic film. There are some strong sex scenes where bare breasts and bare buttocks are seen. There are also conversations about sex acts, and some of the sexual material blurs with the horror elements of the film.

Ti West is known for his horror genre work with previous films The House of the Devil (R16), The Sacrament (R16) and V/H/S (R18). His latest film is clearly inspired by The Texas Chainsaw Massacre (a graphic 1974 horror film), as well as referencing Debbie Does Dallas (1978 pornographic film) and Psycho (1960 psychological horror thriller).