The Banshees of Inisherin

Offensive language, nudity and content that may disturb Rated on: 26 December 2022 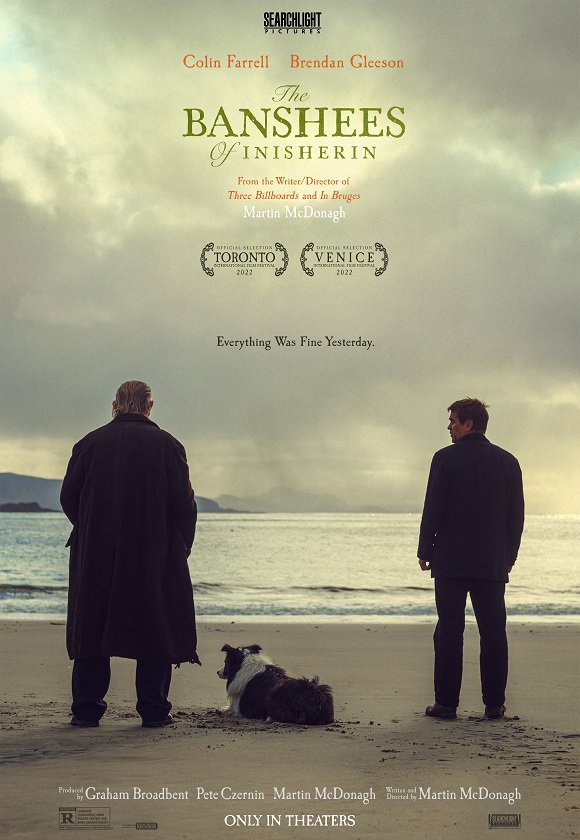 Heartbroken and confused, Pádraic desperately tries to resolve the breakdown of their relationship as things take a dramatic turn for them both.

Like a lot of Irish films, The Banshees of Inisherin includes frequent use of offensive language such as the F-bomb – but said with an “e” instead of a “u”. Characters call each other names to do with their appearances, which some viewers may find quite unkind.

In an isolated scene a character is naked and fast asleep. The scene is dimly lit but his genitals are visible.

Attempting to keep Pádraic from bothering him, Colm threatens to cut off his fingers. In one scene, he throws fingers at Pádraic’s door. The fingers are shown on the ground and blood drips from Colm’s wounds. An animal chokes on one of the fingers and passes away. This could be startling for viewers who are squeamish around blood and bodily harm or have a strong concern for animal welfare.

A character is found floating in the water and is fished out with a boat hook.

It is implied that a character has had a challenging past and was physically and sexually abused by their father. This troubled character struggles through life and it is clear that they suffered mentally, physically, and emotionally.

Early in the film a story is shared about a man who killed his family and then drowned himself. While this is only talked about, viewers with sensitivities towards storylines about domestic violence, suicide and death could find this upsetting.