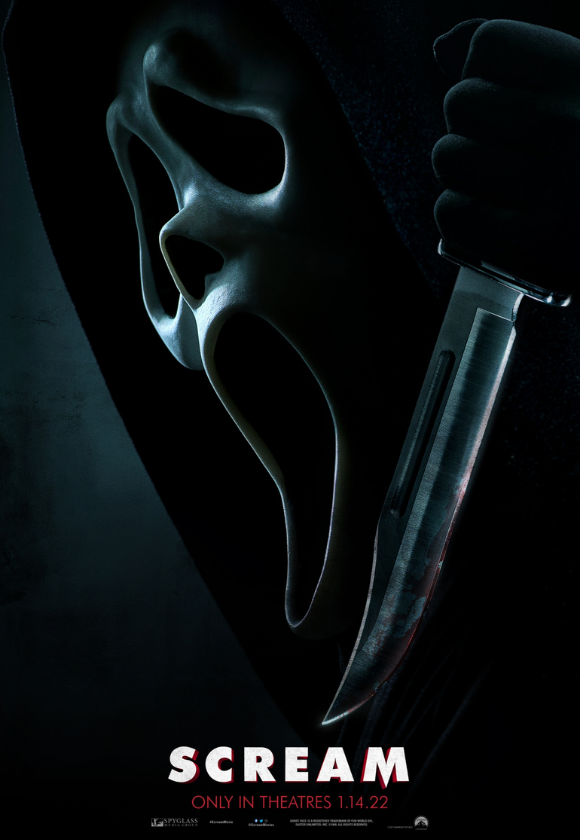 Scream is the fifth instalment in the Scream slasher film franchise. Set 25 years after the original series of murders in Woodsboro, a new killer dressed in the distinctive Ghostface outfit begins targeting a new group of teenagers – Sam, Tara, Chad, Mindy, Richie, Liv, Wes, and Amber. With the help of Sidney Prescott, Gale Weathers, and Dewey Riley, they begin to hunt the killer while their family secrets are slowly revealed.

Scream is a thrilling continuation of a cult classic that plays homage to classic horror films and teen subculture. This instalment is likely to appeal to fans of the franchise and fans of the horror genre. As with previous Scream films, the characters, the killings, and dialogue are designed to poke fun at slasher horror genre conventions in an over-the-top, self-referential way.

The film focuses on the fear of the victims heightening the impact of bloody violence. This is likely to shock and disturb younger audiences and has the potential to inure them towards violence. Given the risk of harm to younger audiences, Scream is restricted to those aged 16 years and over.