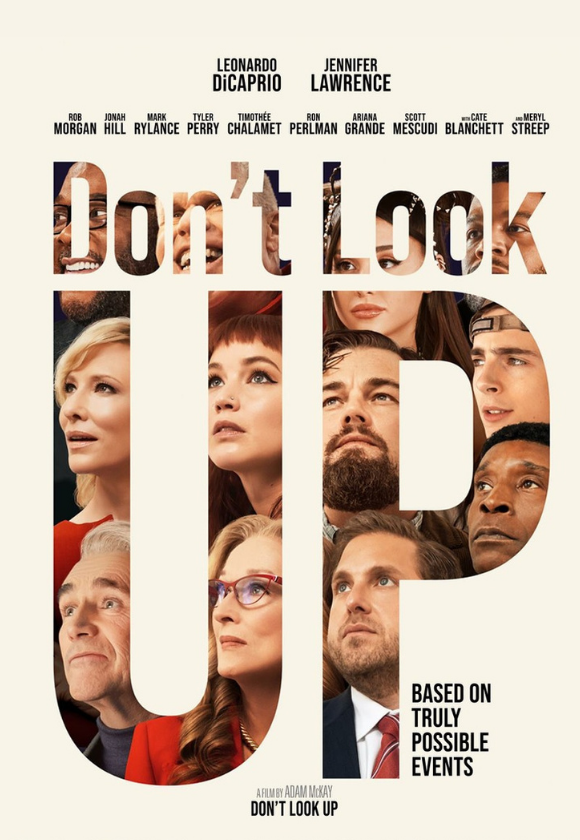 Don’t Look Up is a satirical disaster film about two scientists who discover that a ‘planet-killer’-sized asteroid is on a course to collide with the Earth in six months. The US government are unresponsive more concerned with the upcoming midterm elections. Randall Mindy and Kate Dibiasky go on a media tour to raise awareness. In a world of fake news and political polarisation, no one seems to care the world is about to end.

While the film contains sexual material, drug taking, and dangerous behaviour, this content is fleeting and unlikely to leave a lasting impression on younger viewers. Offensive language, while semi-regular, is unlikely to have much of an impact or cause serious harm to children. The satirical nature of the film lowers the overall impact of this content and although it indicates it is suitable for a mature audience, any age restriction would be unreasonable.