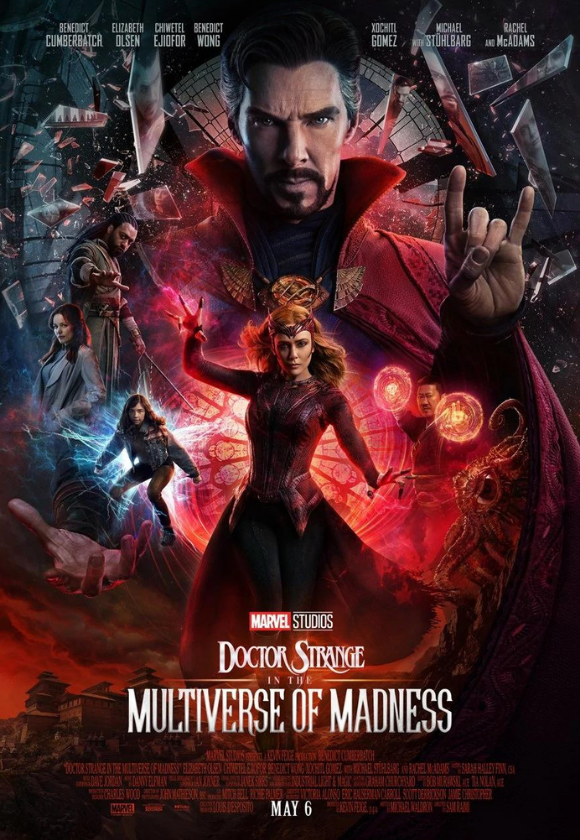 Doctor Strange in the Multiverse of Madness

In the latest instalment of Marvel’s Doctor Strange franchise, dreams and nightmares become windows and doorways into other realities, which include different versions of the Doctor Strange himself.

Violence is shown to a varying degree throughout the film. Sequences involving weapons, fistfights and magical powers result in characters sustaining gory injuries. Blood from wounds and cuts is visible on occasion, and there are close ups of a decomposing dead body.

A number of scenes involve elements of horror and threat, including demonic beings attacking people, magical powers being used to burn victims, the reanimation of a corpse, and multiple ‘jump scares’. Characters are pursued by monsters and threatened with (magical) torture.

The film carries an M violence rating which means that while it is unrestricted (anyone can see it), it is more suitable for older viewers. You can find out more about classification labels here.