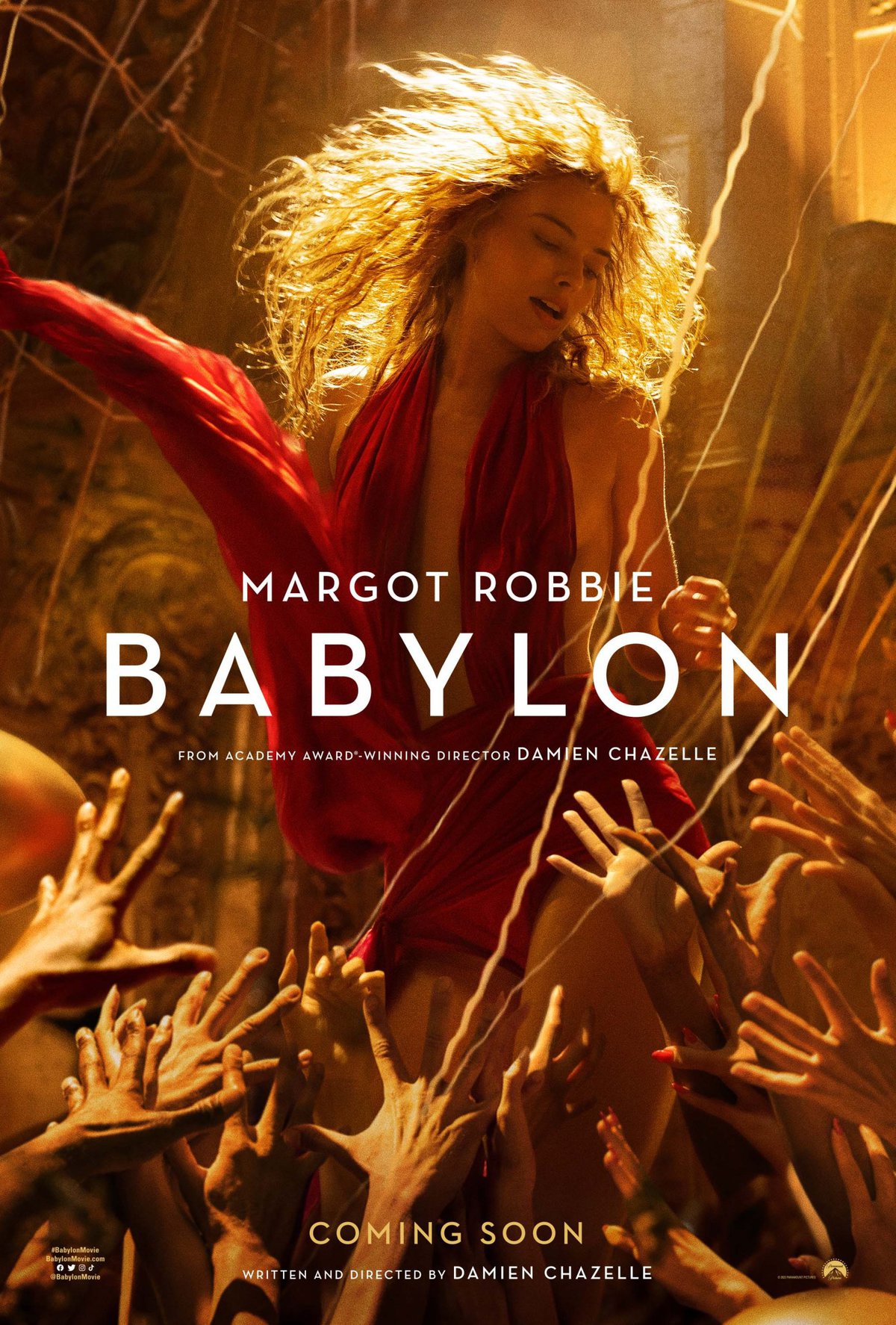 The film is set during transformative periods for the American film industry when silent movies became talkies and when the censorship of films came into effect - changing a once liberal industry. It follows the careers of Jack Conrad (Brad Pitt), Nellie LaRoy (Margot Robbie), and Manny Tores (Diego Calva) during these turbulent times.

Babylon is a chaotic and visually opulent study of 1920s and 1930s Hollywood. There’s mad-cap filmmaking hijinks, hedonistic parties and sad stories of declining stars clinging to past glory.

The opening sequence of the film kicks off with a wild and extended party scene (after an excruciating elephant excrement scene that is as humorous as it is disgustingly fluid). The film contains a lot of sex scenes, nudity, sexual references (and more) associated with sex. At times this is shown for shock factor, such as when the camera tracks past nude and nearly nude party attendees in sexual positions, and a wine bottle being used as a sexual device. Although not close-up in detail the activities are frank and realistic. In another scene Manny walks through a dungeon where people are whipped, chained up, and having sex as part of a show. In one of the strongest sex scenes of the film, a woman urinates on a man, giving him a ‘golden shower’ for his pleasure.

There are several strong moments of violence in the story where blood is seen as the result of serious physical harm. The moments are high tension points for the audience. For example, Manny hits a man in the neck with a mace. Blood gushes as the weapon is removed, and this is graphic, sudden and shocking. In another scene Nellie makes a poor decision to fight a rattlesnake. It bites her neck and she is seen running and screaming with the snake still attached to her neck. Her friend cuts the snake’s head off, sucks out the venom: we see a close up of the wound.

There is a lot of cocaine in this film. Piles of it on platters. And extensive use by key characters. There is a risk that this drug use could be glamorising due to the amount consumed and used throughout.

There is a lot of high level offensive language used in the story. From occasional ethnic slurs to homophobic insults to broad general use of swearing for emphasis and as put downs. The sheer extent of the use of offensive language would be harmful for younger viewers to hear.

Suicide as a way to escape a life of failed romance or an unhappy career change is referenced several times in the film. A main character becomes depressed after the suicide of his close friend (not depicted on screen) and then ultimately suicides when he realises his career is over. We hear the gunshot and see blood splatter on the wall.